A man accused of the manslaughter of his 2-year-old daughter has told a court he planned to throw a sawn-off shotgun in a rubbish skip on the day his family moved from their home.

Instead, he says the gun went off in his hands while he looked it over and tried to light a cigarette, killing his daughter Amokura Daniels-Sanft. 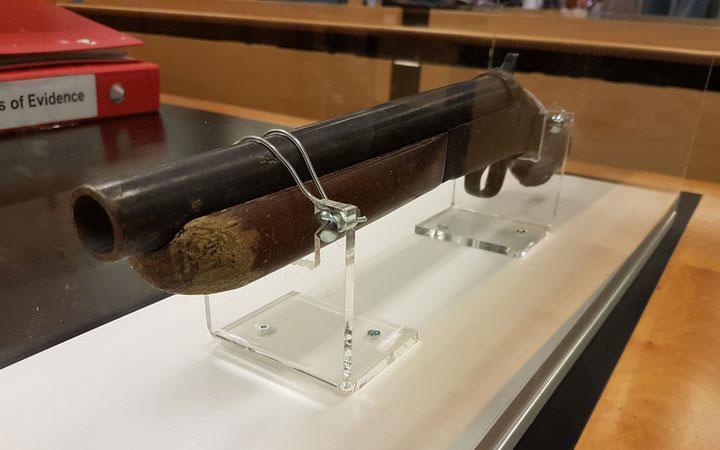 Gustav Otto Sanft has denied a charge of the manslaughter of his daughter and is on trial at the High Court in Auckland.

The Crown argues Mr Sanft pointed the loaded shotgun at the child as she misbehaved on a sofa outside their Mangere home in June last year.

He told the court today a friend, who he knew as Black, had hidden the gun at his home, but he hated guns and had wanted to get rid of it.

“I thought to throw it in the creek behind my house, but then I thought, the kids next door will find it or my kids will find it, because sometimes they liked to jump over the fence and play in the creek.

“So, then I thought … to hand it over to the police, but then I thought, what could I tell them? What if… What if the gun was involved in something that I didn’t know about?”

On the morning of the shooting, the 26-year-old and friends were packing up their home in Mangere, planning to move in with his partner’s family in Henderson.

He said his partner had left the children with him while she went to organise a rubbish skip.

“I had no plan … what to do with it. All I knew was, we were moving out and a skip would be here, and that was my chance to get rid of it.”

Mr Sanft said he brought the gun outside to show his friends and look over it before tossing it in the skip.

He said he asked a friend for a cigarette and a lighter, but before he lit it, the gun went off in his hands.

Mr Sanft said as soon as the gun went off, he knew his daughter was dead. 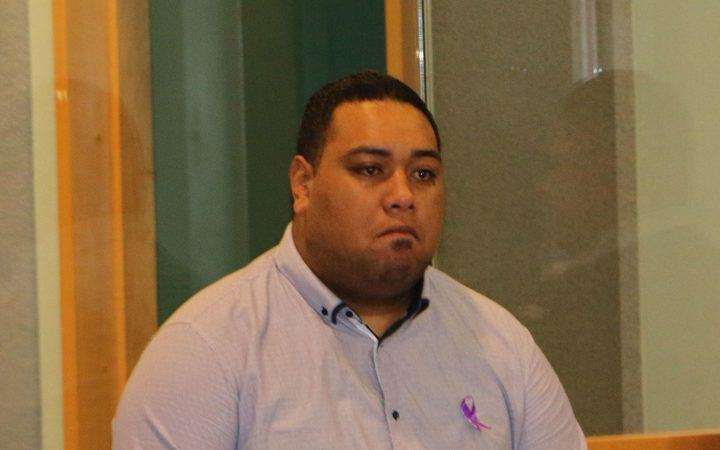 He was asked by his lawyer Phil Hamlin if he pulled the trigger. There was a long pause before he answered: “My heart says ‘no’, but my mind is unsure.”

Mr Hamlin asked him why he had told a police officer soon after that he had shot his daughter.

“I was just… trying not to lose myself, trying to re-cap what had happened, trying to… trying to figure out what it is that happened and I couldn’t get past that.

“I couldn’t say it was an accident because … how do you accidentally shoot a kid, let alone my own child? How? How?”

Police officers have also told the court that Mr Sanft told them Amokura had been playing up on the couch before the shot was fired, but Mr Sanft denied that.

“Maybe I said: ‘I pulled the trigger’. Yes … that’s what was logic[al] to me. I must’ve. There is no other way that this could happen. But she definitely was not playing up. And even if she was, it wouldn’t be a thing to me, she’s my baby girl… get away with anything.”

Under cross-examination from Crown prosecutor Katie Hogan, Mr Sanft confirmed he did not check whether the shotgun was loaded or activate the safety catch as he held the gun with his children close by.

He also denied pointing the gun at Amokura or pulling the trigger.

Opening the defence case this morning, Mr Sanft’s lawyer, Anoushka Bloem, told the court her client was not to blame for the death of the 2-year-old.

Mrs Bloem said Mr Sanft will give evidence in court to say he is a loving father who believed the shotgun was broken.

She said a friend hid the gun at his house and when his friends tried to test-fire the weapon it didn’t work. The firearm had gone off in his hands, killing his daughter.

Mrs Bloem said her client hated guns, knew nothing about them and had planned on throwing the gun away.

She said court would also hear from a ballistics expert and a forensic pathologist as well as cousins of Mr Sanft who test fired the gun.

Dr Vertes told the court the wound and soot found on the skin suggested the gun was 30-90cm away, but the distance was more likely to have been 30cm.

She confirmed under cross-examination that she would prefer to see tests done on the shotgun to give a definitive answer.

The trial, before Justice Venning and a jury is due to end next week.

The major police operation saw 10 people arrested. Three of them are inmates of the…