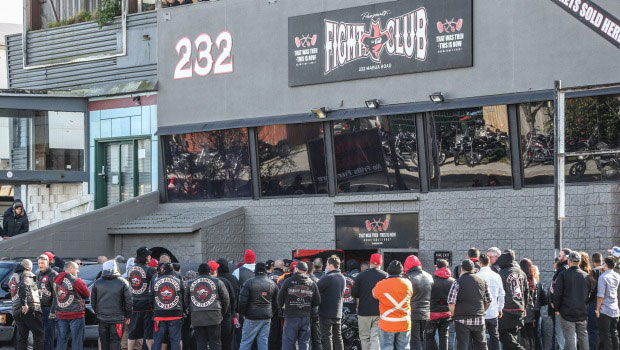 The trial of patched members and associates of the Headhunters motorcycle gang allegedly involved in a massive organised crime bust occurred in February of 2017. The trial involved eight defendants who faced a raft of different charges relating to the manufacture and distribution of methamphetamine, after police seized guns, cars, gold and millions of dollars in cash.

In its opening statement the prosecution alleged the ringleaders of the meth-making syndicate were three patched members – William Hines, Te Here Maaka and Tavis Sadler.

The Crown says Hines was the leader of the group.

It alleges in April 2015 the defendants did a deal to buy $4460 grams of pseudoephedrine.

The prosecution say that was enough to make almost 1kg of methamphetamine.

It’s alleged some of the defendants then manufactured and sold on the drugs.

The prosecution say the money was then laundered, some of it through five luxury vehicles, impounded by police in 2015.

The trial was set down for 10 weeks at the Auckland High Court.

Anoushka Bloem was involved as Defence Counsel for one of the Defendant’s in this trial. The case involved complex Police evidence relating to intercepts of texts and phone calls. Contact me if you face a serious drugs matters and need a lawyer that is experienced in complex trials on 021500584.