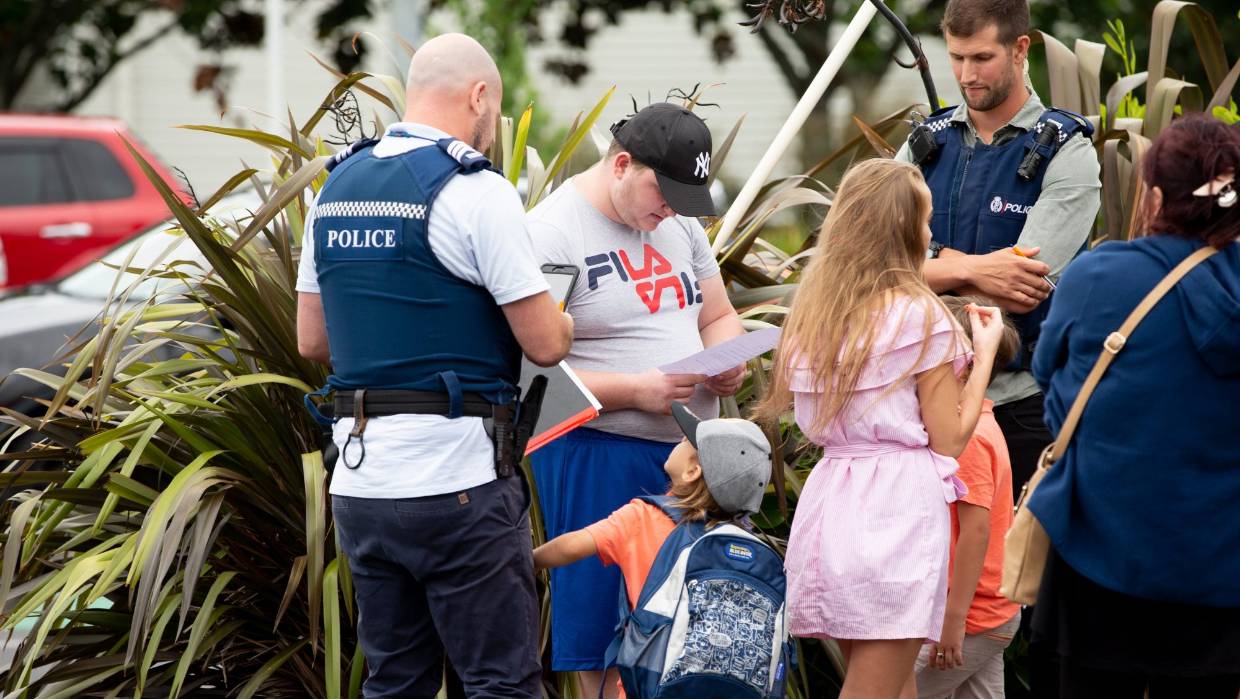 Two men accused of fraud say they’ve been wrongly linked to the notorious “unruly” tourist family in a travesty potentially catastrophic to any jury trial. Johnny and Patrick Quinn deny fraud charges and will have a case review in Auckland on Wednesday. The pair previously had name suppression and barrister Anoushka Bloem wanted that to continue for the two men, but it was refused.

She told the High Court in Auckland the Quinns had been “wrongly connected” with a British family who wreaked nationwide havoc during the summer holidays. The “unruly” British family attracted angst and anger from beachgoers and business people, and attention from police. “There has been vilification,” Bloem said on Tuesday. “All of these individuals have been grouped together.”

Multiple media outlets earlier this month reported that a British man in his 50s, with the surname Quinn and possibly connected to the so-called “unruly” group, was arrested after complaints about an alleged roofing scam. But Johnny Quinn is aged 31 and Patrick is 27 years old. Both face charges of obtaining more than $1000 by deception.

The barrister said “unprecedented” publicity about the “unruly tourists” since December and the erroneous linking of the two Quinns to those tourists could prejudice any trial. Justice Christian Whata replied: “I’m slightly at a loss as to why there’s a concern about that if they’re not connected to these people.”

Bloem said incorrect reporting or any specious link to the “unruly” tourists would “contaminate” the case and besmirch her clients’ names, swaying jurors against the Quinns. But Justice Whata said elements of the suppression request were akin to asking for name suppression any time a defendant had gang connections. ​Justice Whata asked Bloem what made “those British nationals any different from a young man out of, say, Porirua”.

He said it would be for the trial judge to deal with incorrect reporting and to direct jurors to put aside any irrelevant or outside influences. But Bloem said the some of the obnoxious tourist group’s activities had caused “real public outrage” and a frenzy across news and social media. “There’s been a Facebook page solely dedicated to their activities, where people are monitoring their movements.” She said the infamous tourist family had several “so-called victims through Auckland and the South Island as well.”

The “unruly” tourists even generated overseas media attention, she said. Bloem said a “raft of character-blacking activities” could prejudice the Quinns’ trial. Justice Whata said it was doubtful jurors at a fraud trial would be worried about the “litter at Takapuna beach” or other deeds the “unruly” family were accused of.

Appearing for police and arguing against name suppression, Rebekah Thompson said a “furore” of media coverage had died down since the height of summer. She said pre-trial publicity was common and any unruly tourist association was “less prejudicial than being associated with a gang member”. The court heard any trial for the Quinns would probably not start for another 10 months. Court documents previously showed the Quinns were initially accused of acquiring at least $23,000 by deception. bJustice Whata dismissed the name suppression request.