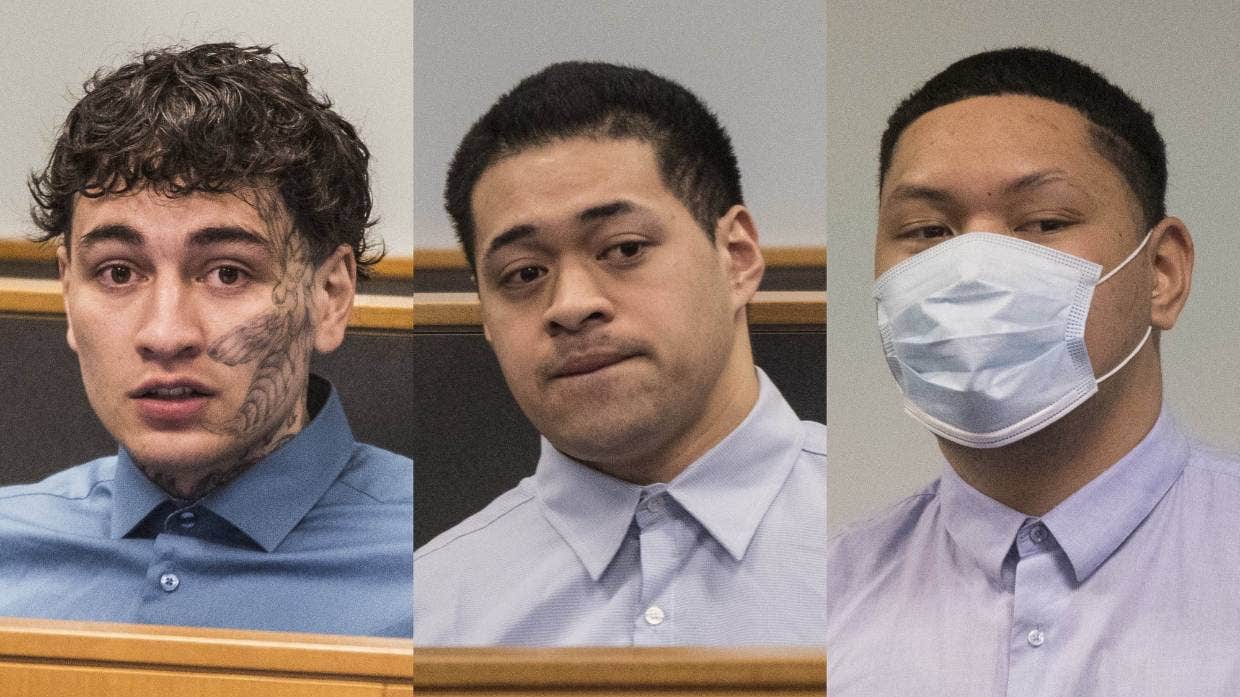 Two prisoners accused of taking part in a fatal assault inside the country’s only maximum security prison have been found not guilty of Blake Lee’s murder, while another has been found guilty of manslaughter.

Lopeti Telefoni was found not guilty of murder, but guilty of manslaughter, on Tuesday after a three-week trial at the High Court in Auckland.

Riki Wiremu Ngamoki and Paul Simon Tuliloa were acquitted of the charges and found not guilty of murder or manslaughter.

Your AucklandStay up to date with Auckland news delivered to your inbox.Subscribe for free

CCTV of the attack inside an exercise yard shows Telefoni drop Lee with a single punch before a fourth prisoner, Siuaki Lisiate,repeatedly stomped on Lee’s head and stabbed him with a shank in March 2020.

Lisiate, who is already serving a sentence of preventive detention for murder, admitted his part in the killing ahead of the trial.

At trial, the Crown’s case was that Telefoni, Ngamoki and Tuliloa then went after Lee’s friend, Cesar Su’a, to prevent Su’a from helping Lee.But lawyers for the trio said their clients never planned to kill Lee and had no idea Lisiate was armed with a shank.

Crown prosecutor David Johnstone described the incident as a “joint attack”. It was “horrendous”, he said.

CCTV of the incident was played repeatedly during the trial, with parts of the video slowed down and enlarged.

The different components of the shank used by prisoner Siuaki Lisiate to stab Blake Lee to death.

Johnstone said a senior prison officer who was standing outside the yard could see the shank in Lisiate’s hand.

He said for that reason Telefoni, Ngamoki and Tuliloa must have been able to see it too.

“You saw it on the screen and these men saw it in real life.”

He said despite seeing Lee repeatedly stabbed and stomped on, the three continued to fight with Su’a.

But Telefoni’s lawyer, Emma Priest, said her client had no idea Lisiate had a shank, or that he was stabbing Lee.

Her client felt threatened when he saw Lee make a gang sign in his direction, she said

“He knew there were not enough Corrections officers to respond, he felt paranoid,” she said.

“He responded with violence because he chose to be the perpetrator, rather than the victim that day. That is prison life, that is a sad choice.”

She said Ngamoki, then 20 years old, had got into a spontaneous fight for his own reasons.

“You can’t convict him of murder or manslaughter just because of his silly decision to assault Mr Su’a.”

He said when the fight began, Corrections staff had to wait for back-up because they needed to have a ratio of three officers to every one maximum security prisoner.

“It appears Corrections are understaffed and under-resourced.”

Gotlieb said there was no evidence of a plan to stop Su’a helping Lee, and his client, like his two co-accused, didn’t know there was a shank in the yard.

Gotlieb said Tuliloa had only arrived at Paremoremo that day and had been given what he described as a “care package” from Ngamoki.

He became involved when Ngamoki did to “pay back a favour”, he said.

All three prisoners pleaded guilty on the first day of their trial to charges of injuring Su’a.

Telefoni will be sentenced later this year.