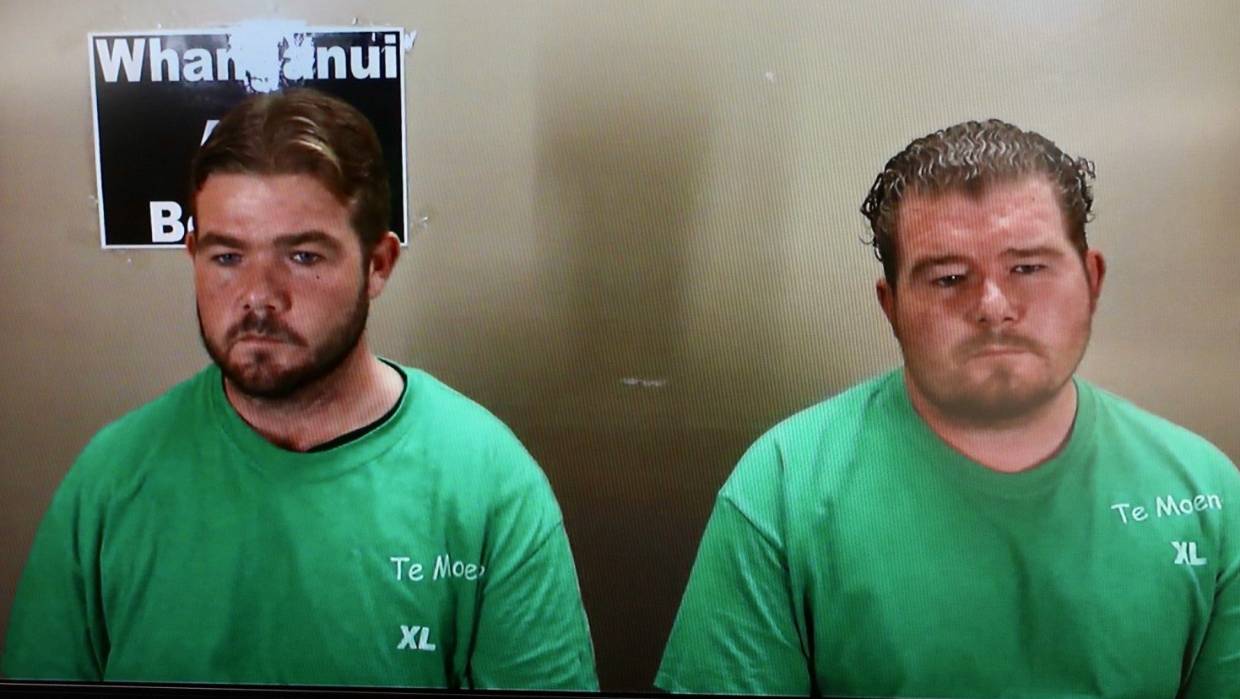 Two British brothers who complained of being unfairly linked to the infamous “unruly” tourist family face more charges and will stay locked up for at least another four weeks. Johnny Quinn, 31 and Patrick Quinn, 27, both face charges of obtaining money by deception and deny the charges. They appeared at Auckland District Court on Wednesday by video link from Whanganui. The court heard the Quinns would be entering not guilty pleas and wanted a jury trial.

The Quinns are accused of using deception to acquire thousands of dollars in incidents from Henderson to Howick. The new fraud charges would be added to existing charges, the court heard. Johnny and Patrick are jointly accused of gaining $10,800 in four incidents from November 25 last year to January 7. Police alleged the younger brother also gained $600 from fraud on December 17.

In earlier charges, police accused the brothers of obtaining $18,000 by deception between December 10 and 18 and another $5000 later that month.  Patrick was also charged with obtaining $1000 by deception on January 16. The Quinns were told their next case review would be on May 15.

A lawyer acting for the Quinns requested they appear in person but the court heard the next case review would be another video link. The pair previously had name suppression and barrister Anoushka Bloem wanted that to continue for the two men, but it was refused on Tuesday.  Bloem told the High Court in Auckland the Quinns had been “wrongly connected” with a British family who wreaked nationwide havoc during the summer holidays.

“There has been vilification,” Bloem said.

“All of these individuals have been grouped together.”

Justice Christian Whata replied: “I’m slightly at a loss as to why there’s a concern about that if they’re not connected to these people.”

Section 106 Discharge without Conviction Application and keeping your record clean

Have you recently pleaded guilty or been found guilty of a criminal offence? Are you…